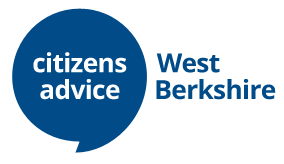 Save our life-changing advice

is a new benefit which will replace six existing means-tested benefits and tax credits including Job-Seekers Allowance, Housing Benefit. Universal Credit is being rolled out across the UK, a process which will escalate from October 2017. Citizens Advice nationally is calling for this roll-out to be paused while fundamental problems are fixed.
Citizens Advice has identified three significant problems with Universal Credit:
• people are waiting for up to 12 weeks for their first payment without any income – leading to huge debt problems
• Universal Credit is too complicated and people struggle to use it.
• People aren’t getting the help when the system fails them
Citizens Advice is calling for the national roll-out to Universal Credit to be paused, while these fundamental issues are resolved. In West Berkshire we are currently a “live service” area which means that Universal Credit is only available for clients with straightforward claims (i.e. single, unemployed people without dependent children). Even so, we are already seeing many people who are having problems claiming Universal Credit. Our area is due to move to “full-service” Universal Credit in December 2017 and we have real concerns about the impact of this roll-out in our area, particularly in the run-up to Christmas. In areas where “full-service” has been introduced, local Citizens Advice offices report that delays in payment of Universal Credit have led to an increase in debt problems in particular relating to rent arrears and evictions

In September – October 2016, we surveyed nine banks building societies in Newbury to find out what sort of basic bank accounts they were offering their customers. These accounts are suitable for people who have debt problems as they don’t allow customers to go into overdraft. We will be carrying out the survey again for national Citizens Advice in September – October 2017.

National Consumer Week is an annual event takes place each November run jointly with Trading Standards services. Watch this space for details of the campaign.

21,600 highly trained volunteers support the delivery of our work. Our volunteers come from all sorts of backgrounds and help with everything we do. Could you join them?

We are a charity. Help us to keep changing lives with advice

Without the generous support of people up and down the country, we couldn't continue the work we do.